Flowstone Press is excited to announce the release of our first books. Scroll down to learn more.

show me something you can not even think of 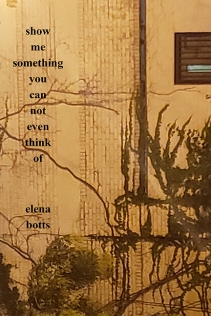 Such Luck
September 2019
by Sara Backer

In Sara Backer’s first full-length collection of poetry, Such Luck, you will find yourself on an unexpected journey, charged with visionary and psychological intensities. Her poems are well crafted and highly original. They are sometimes haunting, sometimes playful, and always introspective and intriguing. She explores what it is to be fully alive and aware in a diverse, contemporary, and sometimes surreal world. This is the kind of book you will return to for its ability to stimulate equally your intellect and imagination. A masterful and magical first book of poems.

Message from the Vessel in a Dream

According to Dan Raphael, “How many Christopher Lunas are there? The bard, the community dynamo, the scholar, the compassionate one, the jazz quartet, the father & lover, the world of a man: all and more are speaking in this book. So many perspectives to experience here, so much to learn about literature, attitude, action and beauty. The maestro of Ghost Town has created a bustling, radiant and necessary environment.”

Coreen Davis Hampson’s poems are rooted in the images and rhythms of the natural world. They are personal and experiential, addressing cultural and environmental issues. Whether speaking of hurricanes, family, aging, music, or hummingbirds, her poems map landscapes of memory toward horizons of reflection. This is her first collection of poetry.

Obsession with the Dogwood

Sandra McPherson writes, “I seek out Jane Blue’s poems because they search every smidgeon of a one-of-a-kind world that we eventually can see has been spying on us, showing us our own strangeness. Blue wrestles with the entanglement of the enigmatic, the threatening, and her own aspiration to fully visionary understanding.”

The book is available from Amazon.com.

May 2018
by Carter McKenzie

According to Karen McPherson, “Whether she is witnessing the distressed cry of a dog that nobody seems to heed or sorrowing over her brother’s suicide; whether she is denouncing acts of violence and cruelty or embracing moments of beauty and possibility; whether she is pondering or probing or exhorting or praising, Carter McKenzie is always generous, reverent, authentic. The poems in Stem of Us are spacious distillations of what language can and cannot hold and what it must.”

The book is available now from the usual online retailers, but we suggest supporting an indy shop like Carter’s home bookstore, Tsunami Books.

Shadows Within the Roaring Fork

According to Joseph Hutchison, Colorado Poet Laureate, “Shadows Within the Roaring Fork extends the range and enriches the substance of Jared Smith’s visionary poetry. While many American poets register their personal psychic stresses by embracing fragmentation, discontinuity, and easy ironies, Smith’s approach is coherent, wide-ranging, unabashedly direct, and fiercely humane.”

The book is available now from Amazon.com.

According to Joan Colby, author of The Seven Heavenly Virtues, “Ghost Logic showcases Sara Clancy’s distinctive poetry. These are poems that reflect an unerring vision in an unmistakable voice. As in Prayer Wheel: ‘an estuary where logic meets optimism’ … ‘in sheer, cussed determination.’ or in At Home with the Dead: ‘…our old debate that yesterday is not gone and matters.’ Clancy’s language is both complex and accessible: a feast for mind and ear.”

Click here to hear Darryl read his poem “And They Say” 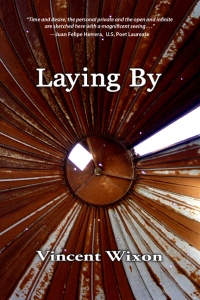 Laying By
October 2017
by Vincent Wixon

According to Juan Felipe Herrera, United States Poet Laureate, “Vince Wixon paints America’s Midwest and Pacific Northwest ‘weightless.’ We go with the poems’ airy, unobtrusive hand and eye—at times we slip in between the realm of ghosts and souls, mother in a coffin, father’s life near its end—juxtaposed with the kitchen table lit up in brilliance. Time and desire, the personal private and the open and infinite are sketched here with a magnificent seeing—a keen wisdom balanced between landscape, family, childhood and the always-oscillating present. Laying By is magnetic, a rare tenderness and a collection of scenes, portraits, and life-roads to be cherished—Bravo!”

The book is available now from Amazon.com. Learn more about the book here.

Announcements from the Planetarium
April 2017
by Judith Arcana

Announcements from the Planetarium examines aging, changing, moving, memory, and more. The collection includes poems from Arcana’s Mixtape Series and her Speculative Music Theory quartet. As Judith Vollmer writes, “Judith Arcana’s poems [are] both familiar and refreshingly strange …. jagged elegies on ‘time available’ and ‘the short version,’ dazzling crows, lonely streets, and mournful seers, with a hyper-realist eye on the past.”

The book is available now from Amazon.com. Learn more about the book and the author, and read a poem from the collection here. 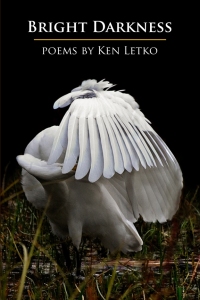 “Why have I spent so much of my life trying to be like an ant, nine times stronger than a human?” asks poet Ken Letko, in his full-length debut, Bright Darkness. That’s easy. Because, by striving with such strength, Ken’s given the world his unique, big-hearted worldview distilled between the covers of a book. — Rebecca Lawton, author of Steelies and Other Endangered Species 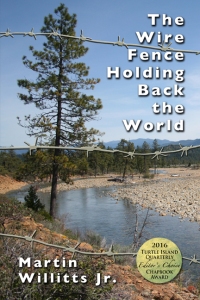 “These tightly coiled lyric poems are born of the earth, and of the interface between observation, intellect, faith, and logic. They are of childhood and old age, of butterflies and songbirds and turtles, and of the mountains and grasses…all those things that are ignited and illumined by the sun… This is a profound book of hope and belief in those things that are bigger than we know of” – Jared Smith

“Ted Jean is the kind of poet who pulls off the road in his truck to write a poem about the universe. With its faint echoes of Snyder and Ammons, the world of these sonnets is at once immediate and distant, thick with ‘corporeality’ and light with the long view. If the void is never far away, its antechamber is such, as in ‘Deep Weed Theory,’ that the ‘transit,’ as he calls living, is one from ‘heaven to Heaven.’  These poems extend not just the language but our sense of what it is to be.” – Roger Mitchell, author of Lemon Peeled the Moment Before

“In River of Solace, time twists up through the lives in these pages like a deep, dark root. The spells Lark casts are immediate and lasting, and the echoes of these poems will haunt you. This geographic and emotional terrain matters in all the ways that count.” – Michael McGriff, author of Home Burial and Dismantling the Hills